The Total Number of Colonies in Candy

The Total Number of Colonies in Candy

Colony refers to the growth pattern of bacterial formed on solid media, which is a collection of tens of thousands of identical microorganisms. When the sample is diluted to a certain extent and mixed with the medium, each of the bacteria capable of growing and reproducing forms visible colonies on the plate under certain specific culture conditions. The total number of colonies refers to the total number of colonies contained in 1 mL (g) of the sample after treatment and culture of the food sample under certain conditions (such as medium temperature and time, pH, oxygen content, etc.). The colony forming unit is called CFU. The meaning of CFU is the number of colonies formed, not equal to the number of bacteria. For example, if two identical bacteria are close together or connected together, the two bacteria will form one colony, ie, 1 CFU. The total number of colonies is used to determine the degree of contamination and hygienic situation of the food. It reflects whether the food meets the hygiene requirements of the production process, and we can use this data to conduct an appropriate health assessment of the sample to be tested. 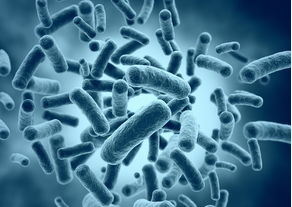 Figure1. E. Coli under the microscope 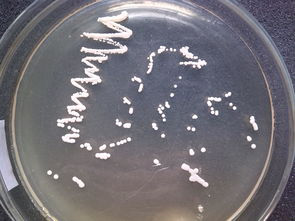 Colonies are primarily used as markers for determining the extent of food contamination. This method can be used to observe signs of bacterial contamination in food and the dynamics of bacteria in food reproduction, thus providing a basis for assessing the hygienic level of the sample. The serious excess of food colonies indicates that the sanitary conditions of the product do not meet the basic hygiene requirements, which will destroy the nutritional content of the food, accelerate the corruption of the food, and cause the food to lose its edible value. Consumers who consume foods that contain too much microbes are prone to intestinal diseases such as diarrhea, and may also cause symptoms such as vomiting and diarrhea.

However, it should be emphasized that the total number of colonies and pathogens is different. The total number of colonies includes the total number of pathogenic bacteria and beneficial bacteria. Pathogenic bacteria are harmful to the human body because they destroy the normal colony environment in the intestine. Some pathogens may be killed in the intestines, some may remain in the body causing diarrhea, which is damage to the liver and other body organs, while the beneficial bacteria includes lactic acid bacteria in yogurt, so the two cannot be confused. However, too many colonies also mean an increased likelihood of pathogens exceeding the standard and an increased risk to human health.

The reason for the occurrence of excessive colonies in food is because some food factories use inferior or small amounts of disinfection products to save costs during the production process. In addition, the non-sterile of water used in food processing is another major cause of colony exceeding the standard. At the same time, the production companies do not pay enough attention to the degree of damage to biofilms in production water.

2. Department of health and human services

Alfa Chemistry is a professional analytical testing company, and has long been committed to promoting the long-term development of the analytical testing industry, delivers innovative and bespoke assurance, testing and inspection solutions for our customers’ operations and supply chains. We sincerely welcome colleagues from all walks of life to come to negotiate and cooperate.