Mycotoxins are toxic metabolites of mold. Different molds can produce the same mycotoxins, and one strain can produce several mycotoxins. At present, about 200 mycotoxins have been discovered, and a small part of them can cause animal and human poisoning under natural conditions. Of them, aflatoxin, tremorase toxin, leucomycin, penicillin and the like are the most typical, which are very harmful to the human body. 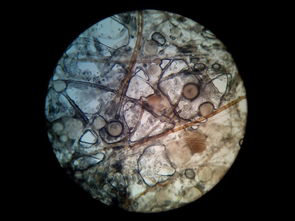 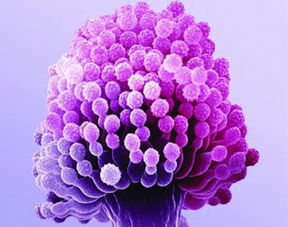 The toxic effects of mycotoxins include: hepatotoxicity, nephrotoxicity, neurotoxicity, photosensitivity dermatitis, hematopoietic tissue toxicity, and the like. In addition, some mycotoxins have been shown to be mutagenic and carcinogenic. They can enter humans and animals through feed or food, causing acute or chronic toxicity, destroying the immune function, reducing resistance to stress and pathogens, and damaging the body’s liver and kidneys.

High efficiency: extremely low concentrations and obvious toxicity. For example, aflatoxin B1 is a highly toxic toxin that is 10 times more toxic than potassium cyanide and 68 times more than arsenic.

? High stability: Low molecular compounds are very stable and can withstand high temperatures.
Enrichment: Antibiotics and physical energy inhibition can be continuously transmitted and enriched in the biological chain. Mycotoxins left in the soil can be absorbed by later crops, causing more mycotoxin contamination and infection problems.
Specificity: Different molecular structures vary greatly in toxicity. For example, the aflatoxin family has aflatoxins B1, B2, M1, and M2, and their toxicity differs from each other.
Superposition: When two or more mycotoxins are mixed together, the damage will be greater than the sum of the individual mycotoxins.
Concealment: Mycotoxin testing is often covered by small molecules (glucosides, glucosides, fatty acid esters and proteins) that bind to mycotoxins, leading to false negative results. Ultimately, these hidden mycotoxins are not detected by conventional analytical methods. However, the molecules that bind to mycotoxins may be removed during digestion, and mycotoxins are released impairing the health of animals.

Any growing crops, including forage and grain, are susceptible to mold contamination, which results in the production of mycotoxins. The mold may not survive the conversion of the crops from the field to the feed processing plant and then to the feed trough, but the mycotoxin remains intact. After harvesting, if the environment meets the growth requirements of mold during storage, transportation, processing and preservation, the mold will continue to grow and produce poison. At this point, the mycotoxin will accumulate, eventually endangering the animal’s health in a gradual manner. Of the mold, aspergillus and penicillium are the most harmful substance that causes crop mildew after harvesting.

The amount of mycotoxins in the candy is very small, and the content is negligible under normal conditions, so there are no explicit regulations for their content. However, there are very strict regulations for feeds that may contain toxins: for young animals, the total amount of aflatoxin in the feed is limited to 20 ppb, and the total amount of aflatoxin in the fattening beef cattle feed is 300 ppb. In order to prevent the damage of mycotoxin accumulation to the human body, the content of mycotoxins must be controlled from the source.

(1) Glucan polymannan method: the effect is general, and the cost is high. (2) Activated carbon method and silicate method: It is effective only for aflatoxin, not for other toxins. It also adsorbs a large amount of vitamins and amino acids while adsorbing mycotoxins. At present, the application effect is poor, and the amount of addition is too large, which accounts for too much feed space.

Enzymes are used to destroy or reduce the toxicity of mycotoxins through its degradation, but the cost is high and the enzyme is not heat-resistant, especially in the granulation process.

Alfa Chemistry is a professional analytical testing company, and has long been committed to promoting the long-term development of the analytical testing industry, delivers innovative and bespoke assurance, testing and inspection solutions for our customers’ operations and supply chains. We sincerely welcome colleagues from all walks of life to come to negotiate and cooperate.