Glucocorticoids (the molecular structure shown in Figure 1) are widely used in clinical practice as an important class of corticosteroids because of their broad spectrum of antipyretic and analgesic, anti-inflammatory and anti-allergic properties1. When glucocorticoids are included in cosmetics, they improve the smoothness and texture of skin, and prevent skin aging. However, long-term use of these drugs can cause skin thinning, redness and itching, as well as other conditions such as hyperglycemia, hypertension, osteoporosis, fetal abnormalities, diminished immune function and other side effects caused by absorption of the drug through the skin. The EU Cosmetic Regulations have clearly specified that glucocorticoids are prohibited substances in cosmetics. However, despite these regulations, some cosmetics manufacturers continue to add these banned substances in their products for treating skin conditions such as skin itching, seborrheic dermatitis, and even for whitening skin. Therefore, it is important to develop suitable analytical methods to determine glucocorticoids in cosmetics to ensure that the cosmetics products are safe for use. 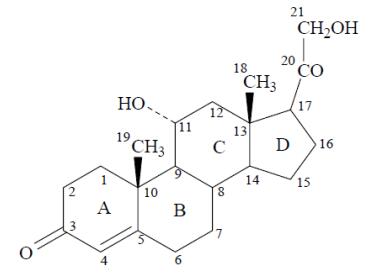 The detection of trace components in a complex cosmetics matrix is difficult and requires inclusion of suitable sample pre-treatment techniques. Sample pretreatment refers to the process of extracting, purifying, concentrating, and transforming components. In general, almost 70-80% of the time in actual sample measurement is spent on sample pretreatment. After the procedure of sample treatment, impurities or coexisting components can be eliminated, the service life of the instrument can be prolonged, and the accuracy of the analysis can be improved. At present, there are many extraction methods for the determination of glucocorticoids in cosmetics. Conventional sample preparation methods are ultrasonic extraction (MSE), accelerated solvent extraction (ASE), microwave-assisted extraction (MAE) and solid-phase extraction (SPE).

The Detection Methods of Glucocorticoids

GC-MS is one of the most widely employed techniques for the screening and confirmation analysis of glucocorticoids in biological matrices. The main advantage of this technique is the ideal combination of sensitivity, selectivity and capability to screen multiple analytes through a unique instrumental protocol. Luca Amendola presented a complete screening and confirmation analytical method for the direct determination of six endogenous and 17 synthetic glucocorticoids in human urine by GC-MS. As these compounds of glucocorticoids have extremely low volatility and thermal instability, it is necessary to modify their natural structure to form suitable derivatives before detection to overcome these drawbacks, which means that a derivatization process is necessary. After that, the relative retention times, base peaks, and other diagnostic m/z fragments are shown to be well suited for GC-MS analysis in the selected ion monitoring (SIM) mode.

LC is a highly efficient and rapid separation technique, which can separate and analyze 80% of organics with high degree of separation and accurate quantification. In recent years, LC-MS has also been widely used in the detection of glucocorticoids in cosmetics because LC is not limited by the thermal stability and volatility of substances, which just makes up for the drawbacks of GC. Wu ZP successfully used LC-MS to determine the content of various kinds of hormones including glucocorticoids, estrogen, androgen, and progesterone in cosmetics. The results showed that the recovery rate was 72.31~97.89%, the relative standard deviation was between 2.24% ~11.34%, and the limit of detection is 0.002 mg /kg. The advantages of this analytical technique in determining the content of glucocorticoids in cosmetics are: fast analysis speed, high sensitivity, and wide application range.

Capillary Electrophoresis (CE) is one of the fastest developing analytical methods in recent years. In the capillaries, the analyte is driven by a high voltage electric field and separated by the difference in mobility and distribution coefficient of the charged particles. The CE method has the advantages of being efficient, micro, fast, clean and pollution-free, so it has been widely received and applied since its emergence. Ye NS used capillary electrophoresis to detect parabens in cosmetics. The detection limit was 0.60~1.20 ug/mL and the recovery rate was 75.5~112%. Compared with HPLC, this method has the features of short analysis time, high column efficiency, low sample and mobile phase dosage, and no chromatographic column pollution.