Metal catalyst is one of the important branches of solid catalyst, and one of the earliest and most widely used catalysts. The main active groups are divided into metals. Mainly are precious metals and transition elements such as iron, cobalt and nickel. In addition, rare earth metals and many other metals can be used as catalysts. The most commonly used metal catalysts are those of group VIII metals. Metal catalysts are generally used for hydrogenation, dehydrogenation, oxidation, isomerization, cyclization, hydrolysis and other reactions.

Scientists at Alfa Chemistry have provided a reliable way to produce or supply metal catalysts and related materials. With the advanced technology platform and production capacity, our technicians can guarantee the quality and after-sales work of the products to meet the performance and special needs of your new type of catalysts. 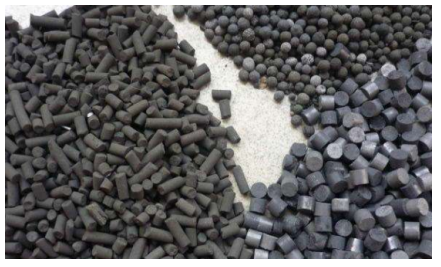 The form of metal catalysts

Refers to the metal catalyst without carrier, which can be divided into single metal and alloy according to its composition. It is usually used in the form of metallic framework, wire mesh, metal powder, metal particles, and metal chips. Among them, metallic framework is the most common one. Framework metal catalyst, is the catalytic activity of the metal and aluminum or silicon alloy, and then sodium hydroxide solution will be dissolved aluminum or silicon, forming a metal framework. Other skeleton catalysts include skeleton cobalt, skeleton copper and skeleton iron. The typical metal mesh catalysts are platinum mesh and platinum-rhodium alloy mesh. They are used in the process of ammoniation and oxidation to produce nitric acid.

Catalysts supported by metal components are used to improve the dispersion and thermal stability of the metal components so that the catalysts have appropriate pore structure, shape and mechanical strength. Most supported metal catalysts are prepared by impregnation of metal salt solution on the carrier and reduction after precipitation transformation or thermal decomposition.

Classification of one or more metallic elements by the active component of the catalyst: Single metal catalysts and multi-metal catalyst.

A catalyst having only one metal component.

The composition of a catalyst consists of two or more metals. For example, Pt-Rh and other double (multiple) metal reforming catalysts loaded on chlorine-containing gamma-alumina. They have better performance than single metal reforming catalysts, in which a variety of metals supported on the support can form binary or multivariate clusters of metal atoms, which greatly improves the effective dispersion of the active components. In supported and non-supported polymetallic catalysts, if an alloy is formed between the metal components, it is called an alloy catalyst. Binary alloy catalystsinclude copper-nickel, copper-palladium, palladium-silver, palladium-gold, platinum-gold, platinum-copper, platinum-rhodium, etc.

The activity of the catalyst can be regulated by adjusting the composition of the alloy. The surface and phase composition of some alloy catalysts are obviously different. For example, when a small amount of copper is added to the nickel catalyst, the original surface structure of the nickel catalyst changes due to the enrichment of copper on the surface, thus rapidly reducing the hydrolysis activity of ethane. Alloy catalysts have been used in hydrogenation, dehydrogenation and oxidation.

The function of metal catalysts

Metal catalyst is a very important part of catalyst, and many valuable complex reactions can be accelerated by metal catalysis. In industry, the presence of metal catalysts allows many reactions to be put into production, such as the conversion of crude oil, coal and natural gas to fuels and chemical raw materials, the production of a large number of petrochemical and chemical products, and the control of CO, NO and hydrocarbon emissions all rely on metal catalysts.