Catalysis has the unique advantage that it is possible to obtain a large amount of optically active products by using a small amount of catalyst, which has been the hot spot and frontier of research for decades. Alfa Chemistry Catalysts provides a wide variety of catalysts for asymmetric synthesis reactions, helping customers to meet many challenges in the field of drug synthesis and total synthesis of natural products. 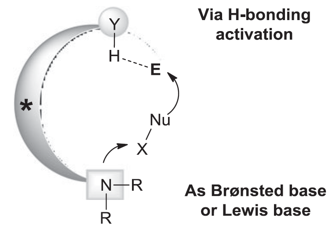 Endo et al. discovered a class of multinuclear complexes, including copper and zinc metal centers, that are more efficient than previous systems in the Cu-catalyzed asymmetric conjugate addition of organozinc reagents to α, β-unsaturated ketones. The excellent performance of the catalyst can be explained by the formation of multinuclear complexes.