Due to their molecularly precise backbones, organic polymer photocatalysts have the advantage of a broad molecular-scale design space for their optoelectronic and surface catalytic properties.

At Alfa Chemistry Catalysts, we can offer a wide range of polymeric photocatalyst related products. 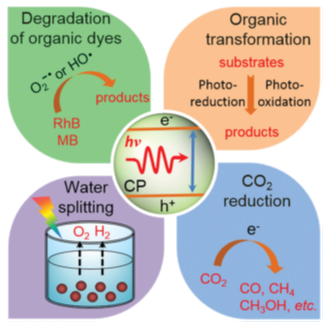 Photocatalytic water splitting technology provides an efficient way to utilize the abundant water and sunlight in nature to produce clean hydrogen production. So far, a series of conjugated polymers have been well designed for photocatalytic hydrogen evolution from water under illumination. The photocatalytic activity of the as-prepared polymers varies with the different structures, compositions, and optical properties of the polymer chains.

Using sunlight to reduce CO2 through H2O is an innovative approach to addressing the growing environmental challenges. 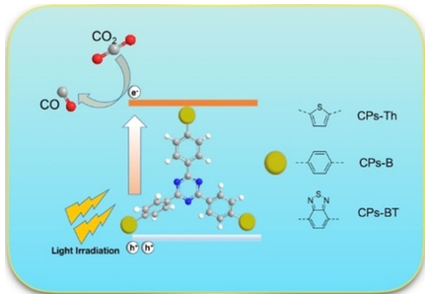 Generally, photocatalytic organic transformations are initiated by exciting polymeric photocatalysts to generate electrons and holes, which react with organic substrates to form radical intermediates. These reactive intermediates are further converted to final products by rearrangements or reactions with other species on the surface or in bulk solution. 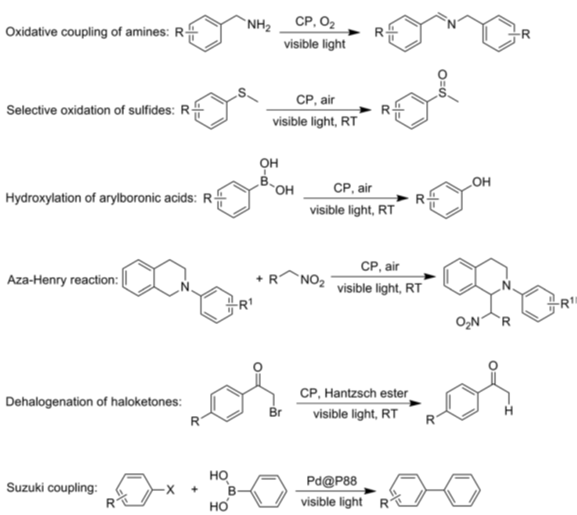 Photocatalytic degradation of organic dyes into less harmful compounds offers an attractive approach for environmental remediation. For example, the linear conjugated polymers with unique nanostructures showed great promise for the degradation of organic dyes. The soft-template method was used to prepare nanofibers of poly(diphenylbutadiyne) by photopolymerization that could decompose methyl orange in water.