Over time, the activity and selectivity of the catalyst will gradually lose, which is a continuing concern in the field of catalysts. Although catalyst deactivation is inevitable for most processes, some of its direct and drastic consequences can be avoided, delayed or even reversed. The deactivation problem greatly affects the research, development, design and operation of the catalytic process. Therefore, analysis, research and response to catalyst decay are of great significance.

XPS, SIMS, STEM, atomic absorption analyzer and ICP technology can be used as tools for analyzing and studying catalyst poisoning. Among them, STEM can identify the growth of the new structure; the combustion atomic absorption analyzer can directly determine the mercury catalyst poisoning on the catalyst; in the solution, the ICP technology can determine the elements such as lead, arsenic and phosphorus.

Catalyst fouling usually results in a decrease in porosity and narrowing of pores. These can be studied by nitrogen adsorption methods (BET surface area, pore size and pore size distribution)

Thermal analysis methods such as thermogravimetric analysis and differential scanning calorimeter can be used to determine the thermal stability and oxidation stability of materials in different atmospheres, as well as quantitative calculations of substances.

The mechanism of catalyst deactivation can be briefly summarized as the following categories. [1] 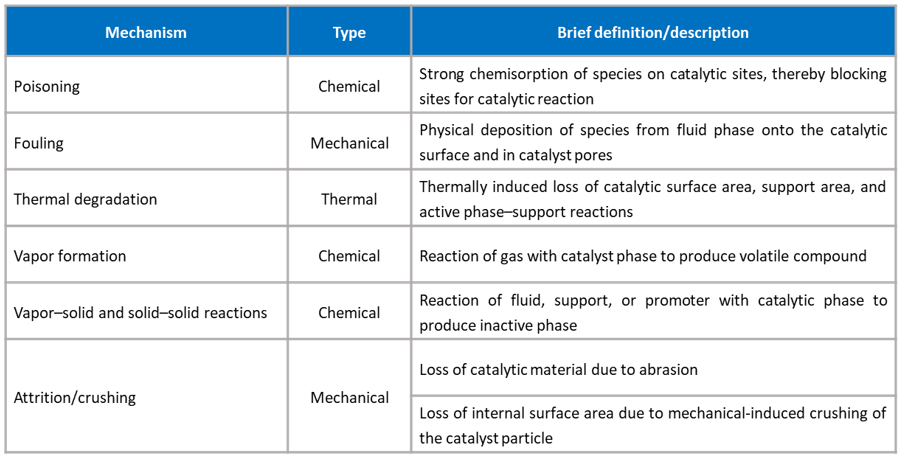 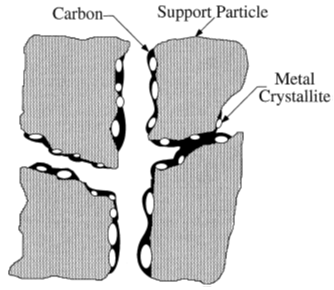 Figure 1. Conceptual model of fouling, crystallite encapsulation and pore plugging of a supported metal catalyst due to carbon deposition.[1] 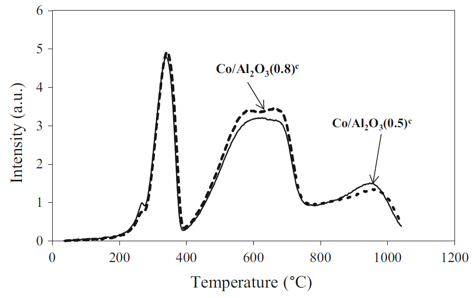