Oxidation reactions play a vital role in the production of many key compounds in the chemical industry. Compared with the traditional method of completing the oxidation reaction by adding a large amount of strong oxidant, catalytic methods may be considered green because specific chemical transformations can be achieved rapidly by adding very few catalysts, resulting in significantly lower production costs and less environmental impact and harm.

Common applications of catalytic oxidation include the oxidation of organic compounds to treat pollutants, produce valuable chemicals, and produce energy. In addition, high-value intermediates such as carboxylic acids, aldehydes, ketones, epoxides, and alcohols, which are critical for the production of consumer products, can also be obtained by catalytic oxidation reactions. Alfa Chemistry Catalysts offers a wide range of catalysts for promoting oxidation reactions. 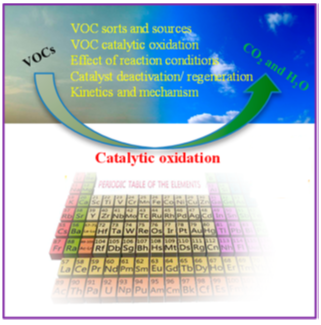 Volatile organic compounds (VOCs) lead to the formation of secondary pollutants (eg, tropospheric ozone), secondary organic aerosols, and photochemical smog pollution, with well-documented toxicity and carcinogenic human health effects. Rapid urbanization and industrialization are associated with the growth of VOC emissions. Catalytic oxidation is considered one of the most promising strategies for removing VOCs from industrial waste streams. [1]

For example, the catalytic oxidation of propylene has been studied in detail in recent years. This is mainly due to its wide production and application in numerous industries. Propylene has a high POCP12 and is a major contributor to photochemical smog, thus having a significant impact on the environment. The diagram below shows some of the catalytic systems used for its oxidation.

Figure 1. List of Some Representative Catalysts for Propene Oxidation [1]

Glucose can be converted into gluconic acid by aerobic oxidation, which can be used as protein coagulant, food preservative and food acidity regulator. The catalytic glucose oxidation method is an effective alternative to the biochemical oxidation of glucose, which is expensive to produce.

For example, Sophie et al. prepared a series of Au-Pd/C catalysts, and this bimetallic association resulted in a highly active catalyst for the oxidation of glucose to gluconic acid, whose activity was comparable to the high surface Pd/C ratio and small metal The presence of Pd particles is relevant even though the gold is present in large crystal form. [2] 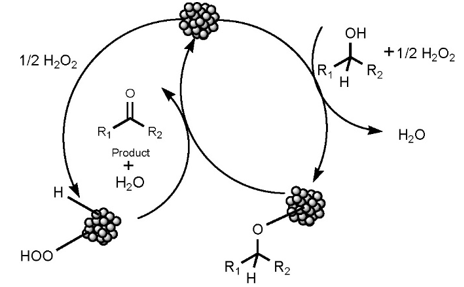