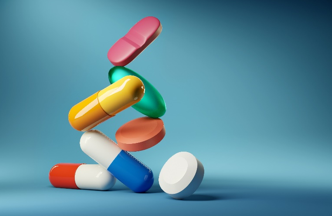 A crucial application area for catalysts is pharmaceuticals, especially for the synthesis of chemical APIs and intermediates. Metal catalysis has the potential to greatly improve the sustainability of pharmaceutical products, resulting in shorter synthetic routes and higher efficiencies, and more direct access to single stereoisomeric products. Alfa Chemistry Catalysts is dedicated to providing a range of advanced catalysts for the pharmaceutical market.

Asymmetric hydrogenation technology has now fully penetrated the pharmaceutical industry. Many APIs are chiral molecules, and asymmetric synthesis not only improves material efficiency, but also improves step economics by eliminating the enantiomeric separation stage or relying on converting starting materials from chiral pools. In Knowles' landmark L-dopa synthesis, the desired (S)-stereocenter was set up with high enantioselectivity by rhodium-catalyzed asymmetric hydrogenation of Z-enamide.

Addition reactions include a large and varied variety of transformations by different mechanisms. The utility of this approach lies in the construction of bonds by simply adding nucleophilic components to electrophiles. Furthermore, addition reactions can install one or more chiral centers into the molecule. Although asymmetric hydrogenation is the power source for the large-scale synthesis of single-enantiomeric APIs, asymmetric additions via catalytic processes can often provide chiral centers that are not suitable for construction by hydrogenation. For example, Abbott Laboratories discovered and developed an enantioselective Michael addition method for the synthesis of ABT-546, a highly potent endothelin-1A receptor antagonist.

Olefin metathesis is a relatively new drug discovery and development tool. Ruthenium-catalyzed ring-closed metathesis (RCM) has been employed in large-scale API manufacturing. The most famous example is the synthesis of BILN 2061, an HCV NS3 protease inhibitor discovered by a team of scientists at Boehringer Ingelheim. A 15-membered macrocycle containing a cis double bond was constructed by the RCM reaction.