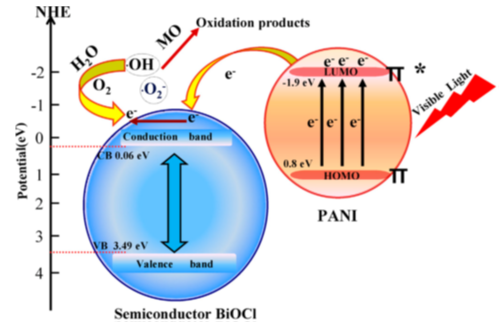 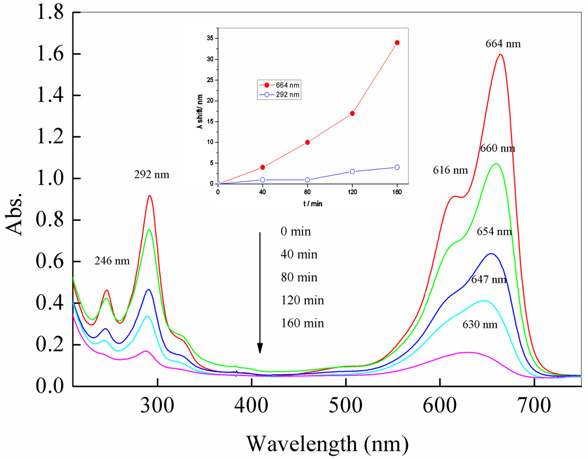 Cadmium sulfide is widely used for photocatalytic hydrogen production because of its small band gap of 2.4 eV, which enables it to respond to visible light. However, due to the lower surface bond energy of CdS nanostructures, CdS is less stable during the photocatalytic hydrogen production reaction. The researchers investigated the effect of different conducting polymers (PANI, PPy, and poly(3,4-ethylenedioxythiophene) (PEDOT)) on the mechanism of CP@CdS core-shell nanorods. The results show that the PPY@CdS and PANI@CdS photocatalysts have a larger driving force to inject photoexcited holes into the HOMO of the conductive polymer shell, which can more effectively improve the hydrogen yield. 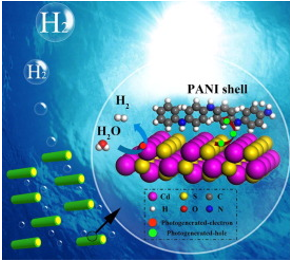