A non-metallic catalyst refers to a compound that is catalytically active but does not contain metal atoms or metal ions. 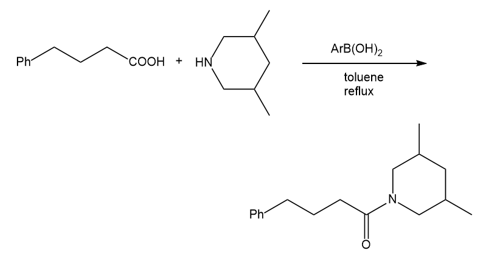