The reaction between molecular hydrogen (H2) and another compound or element to reduce or saturate the organic compound under the action of a catalyst (nickel, palladium or platinum) or at a very high temperature is called a hydrogenation reaction. Hydrogenation reduces the double and triple bonds in the hydrocarbon. 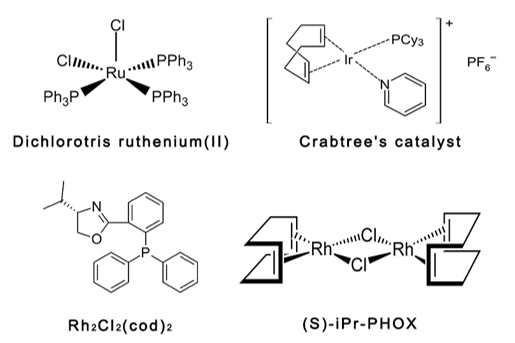 More commonly found in the industry is a heterogeneous catalyst that is used for hydrogenation. Common hydrogenated heterogeneous catalysts are Raney nickel, Lindlar catalyst, Raney-Nickel catalyst, palladium-carbon, platinum, cobalt, and the like. In the industry, a precious metal hydrogenation catalyst is deposited as a fine powder from a solution on a support which is an inexpensive, bulky, porous, usually particulate material such as activated carbon, alumina, calcium carbonate or barium sulfate.

The most common industrial hydrogenation catalyst is the heterogeneous catalyst mentioned above. Catalytic hydrogenation is mainly used in the food industry, petrochemical industry and organic chemistry. The following is a detailed introduction to the applications.